*The Queen Charlotte statue has been removed for restoration work and will return to CLT at the conclusion of the Terminal Lobby Expansion project.

Learn more about the project and see the permanent home for the Queen Charlotte statue. 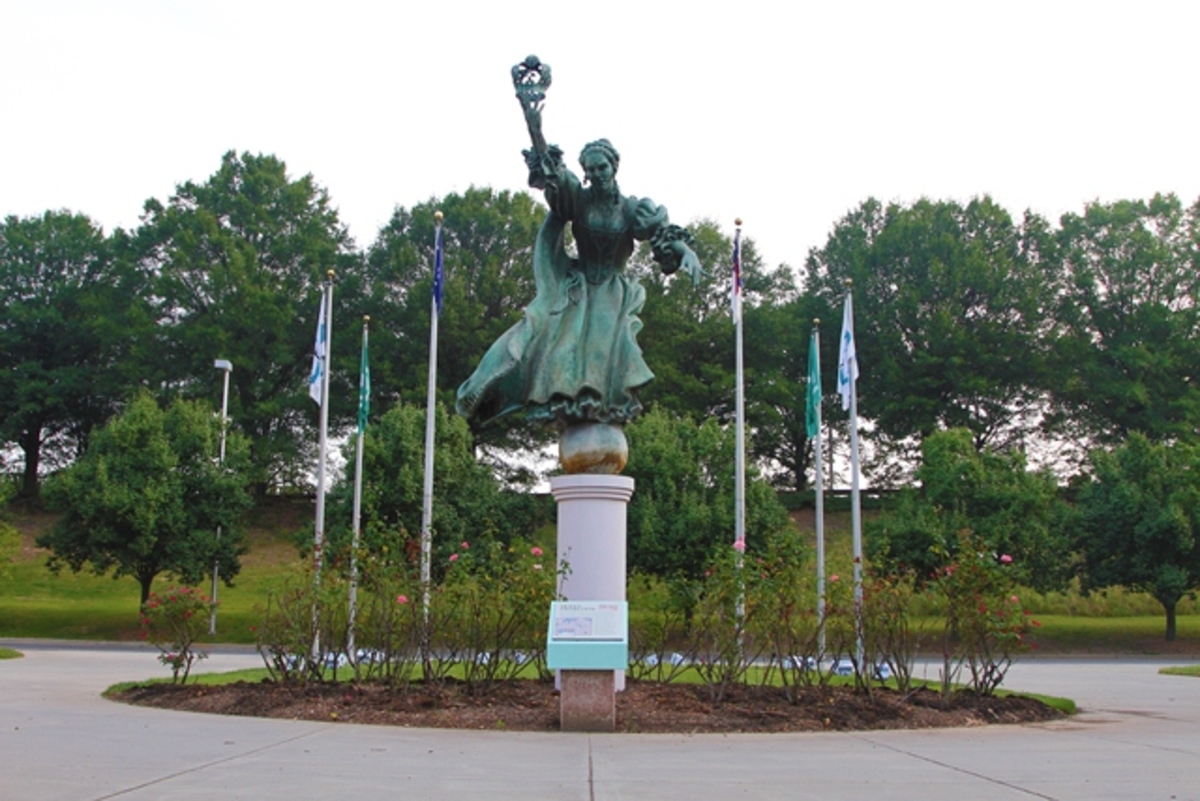 Have you ever wondered how the Queen City got its name? Princess Sophie Charlotte was one of many children born to the royal German family. Princess Charlotte spent most of her childhood at Mirow, a castle located in a section of northern Germany known as Mecklenburg-Strelitz. At the age of 17, she was married to King George III and became the Queen of England. Queen Charlotte was very respected. She also introduced the Christmas tree into English culture. In honor of Queen Charlotte and her homeland, in 1763 the English settlers of this area named their newly formed county seat Charlotte and their county Mecklenburg. Queen Charlotte’s crown remains a symbol of the city of Charlotte today, also known as the Queen City. 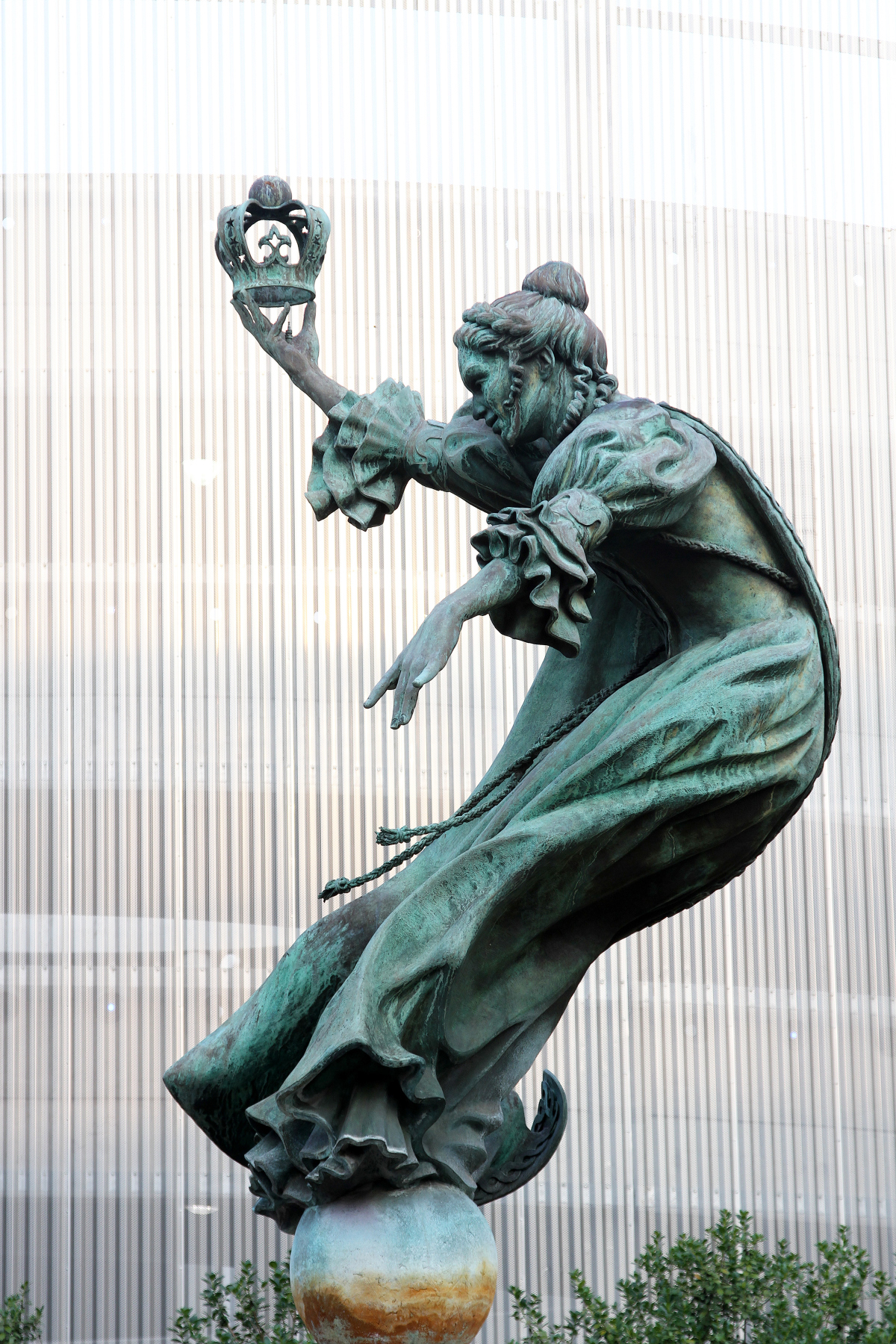 A private group known as the Queen’s Table agreed to donate $250,000 for a sculpture that would be designed to symbolize the city and to greet those that pass through Charlotte Douglas International Airport. The artist for the project was selected from a group of 16 artists. A rendering of Queen Charlotte by Washington D.C. artist, Raymond Kaskey, was the group’s unanimous choice. The sculpture is a 15-foot-high bronze figure of Queen Charlotte that was designed with the use of a model, Megan Berryhill. The sculpture stands as the centerpiece in the Queen’s Courtyard between the parking decks. There have often been many assumptions made about why the sculpture is shaped the way it is. Some believe it is bent like a willow branch, appearing to be held aloft by the wind. Kaskey simply says that he made her “leaning backward in the wind because it seemed appropriate for an airport…and the column sets her as a stationary weather vane.” The crown in her hand is counter-balanced with the backward motion as a welcome sign to the pedestrian.” The sculpture was dedicated to the airport September 18, 1990. 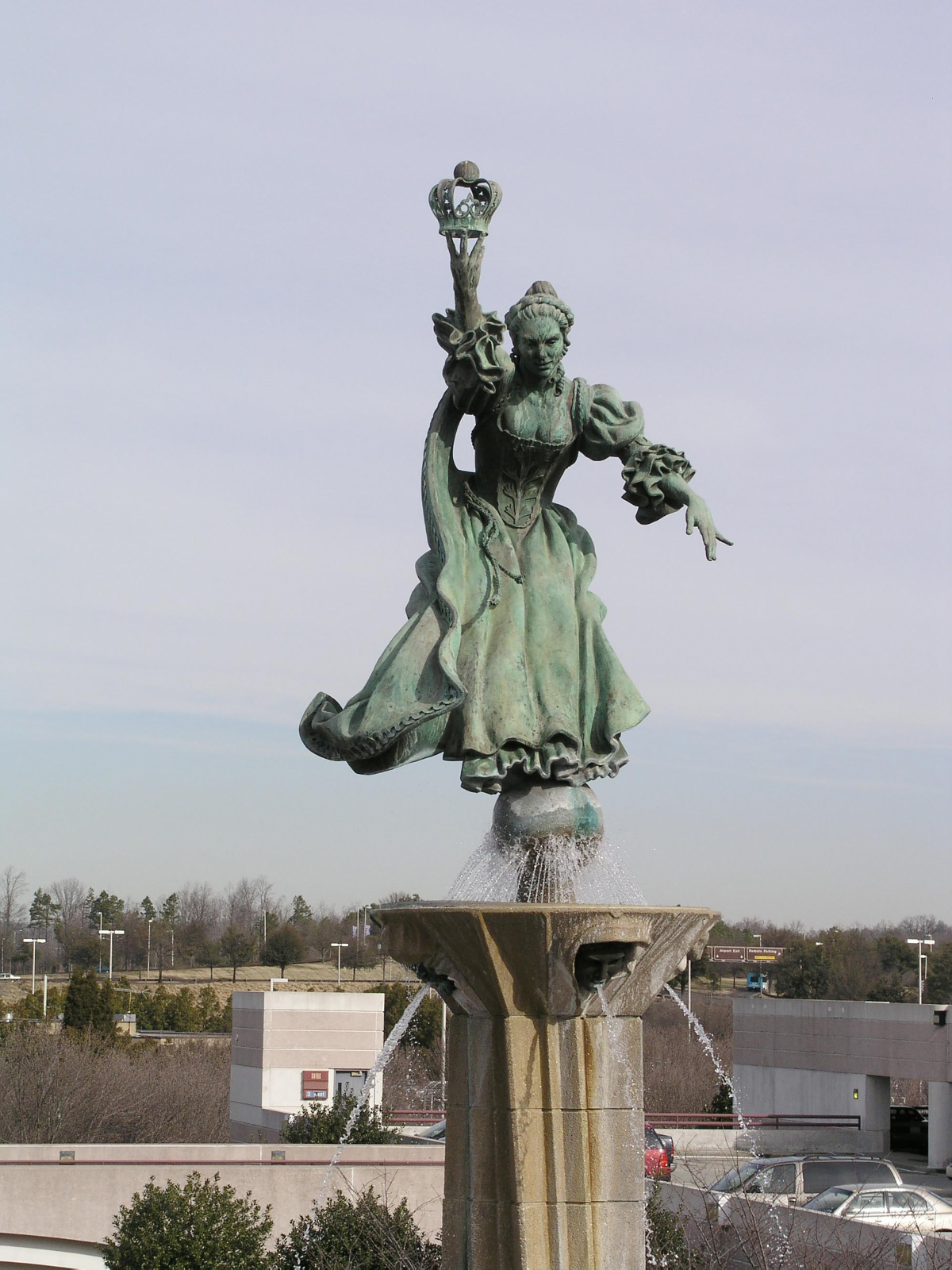